The girls found their nappy bag this morning, which still had some remnants of snacks packed from Mum’s house. They discovered the sultanas. At first they were lovely and shared the bowl of treats, even a shared a kiss! Then of course it went pear shaped. They were dropped under the chair, Rose promptly crawled under, only to discover that her sister had taken

the bowl for herself – which of course resulted in tears. Kate, being the lovely sister that she is, gave the bowl back to her sister and went and amused herself elsewhere, whilst her sister continued finding those dropped sultanas. 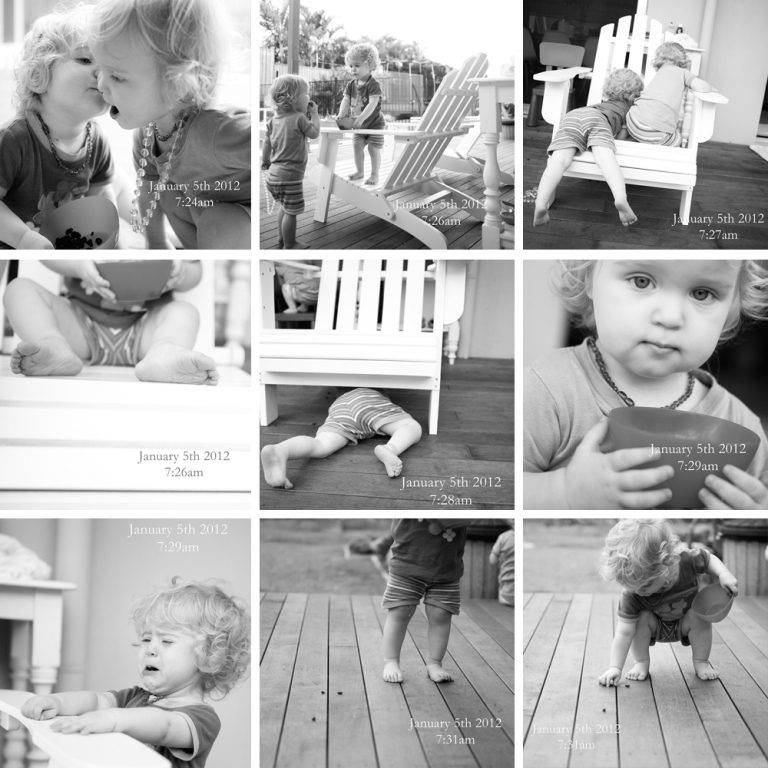